It seems 2018 was the year of user agreement updates and privacy issues. I can assure you that your privacy is safe here following current GDPR standards. You can click here to unsubscribe from this newsletter. My only update is about the work I have been doing over the past few months.

The construction has not slowed down in my home city of Toronto and has continued to uncover some hidden gems from the past. After 68 years in business, the city landmark Honest Ed’s discount store closed for business and was torn down to make way for what else, more condominiums. 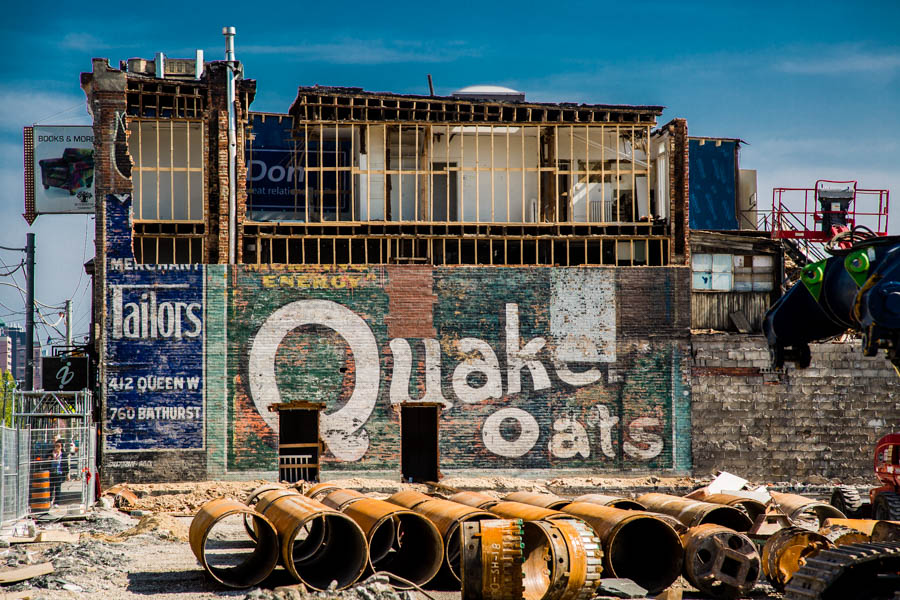 I photographed some current and finished construction projects for a client who’s company installs windows and exteriors for these new structures. The work is pretty amazing to watch and capture. 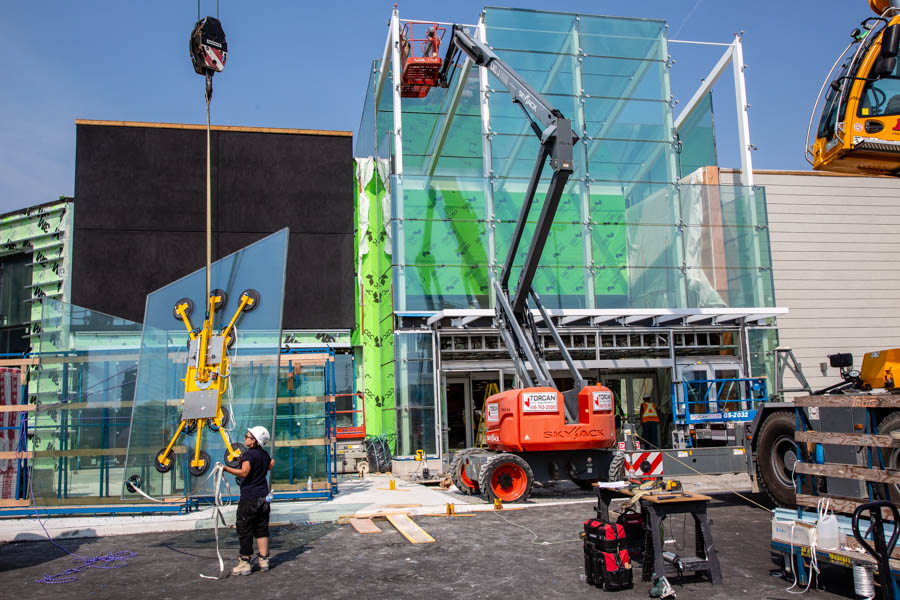 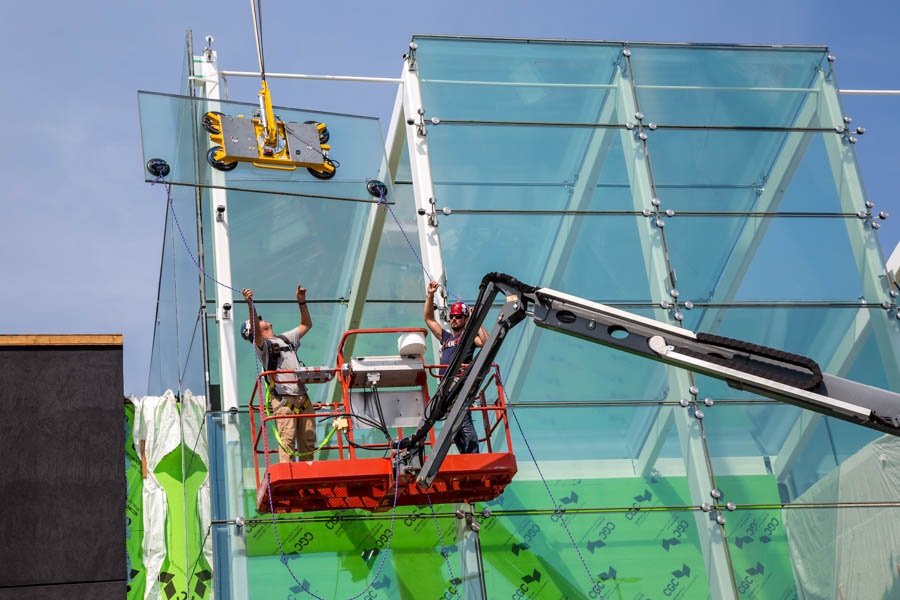 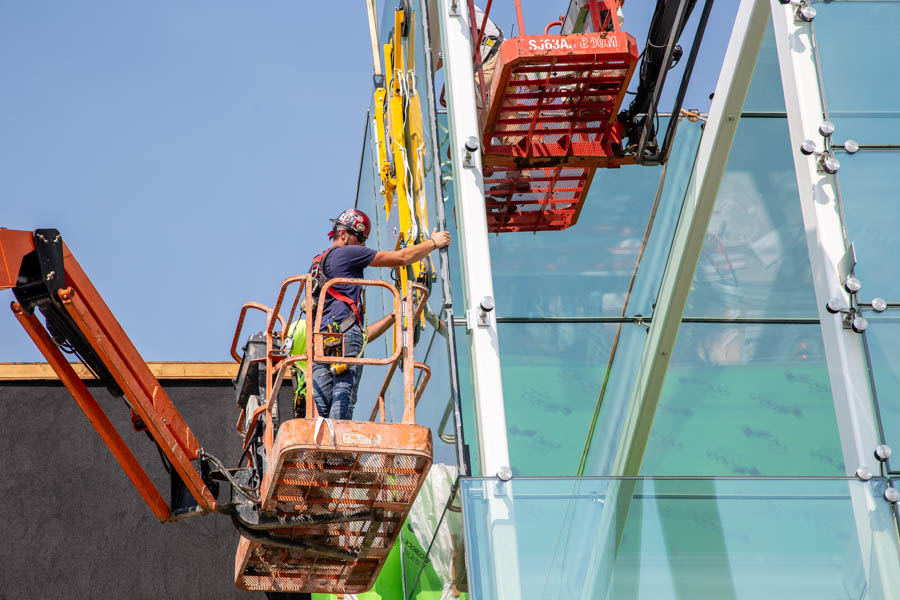 In April, I installed this one of a kind enlargement print from my Cranes in the City exhibit. Much thanks to my friend Arica Bryan from Centum Regal Financial Corp. for giving it a home in her new office reception area. 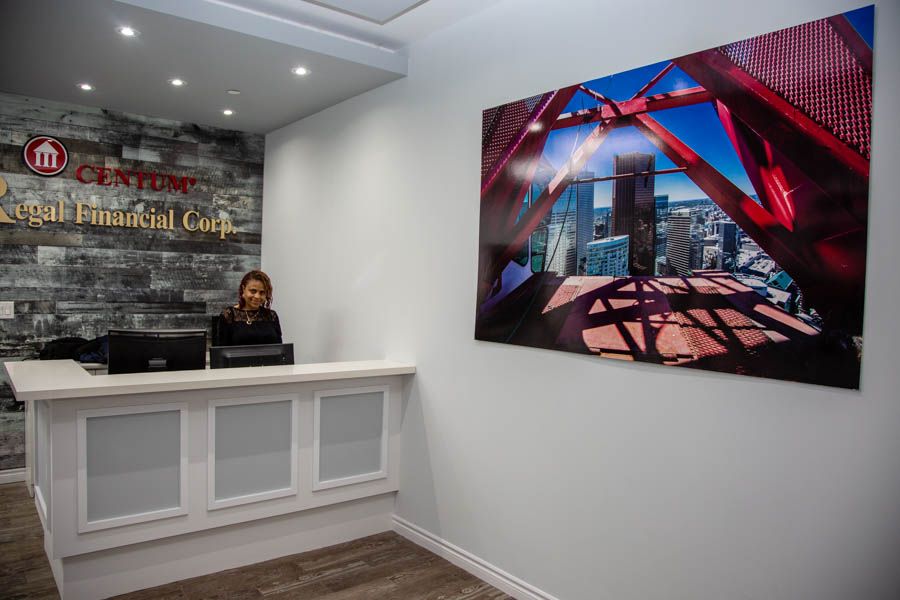 In July, I was shooting some sports cars for a private track day at Toronto Motorsports Park in Cayuga Ontario. It was perfect weather for these machines to perform at their best. 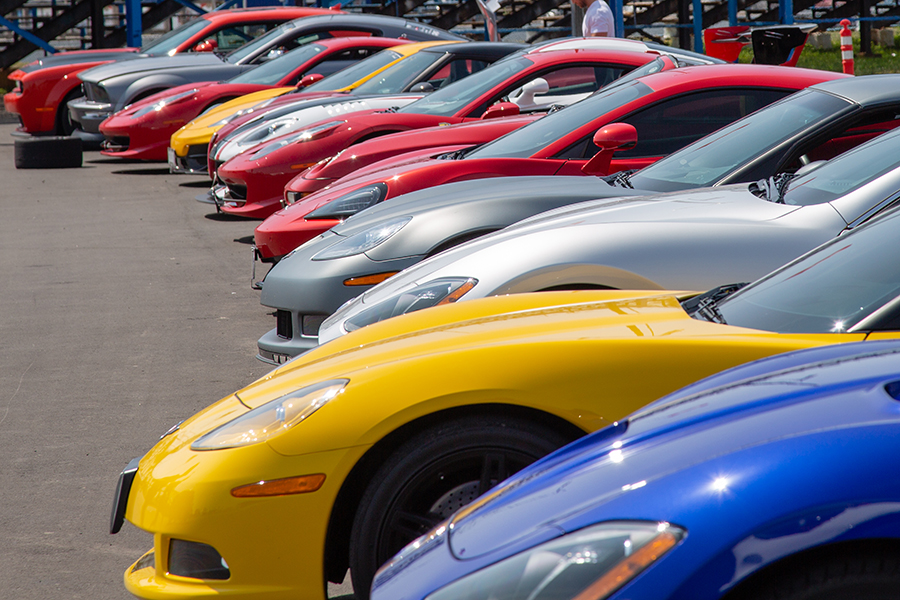 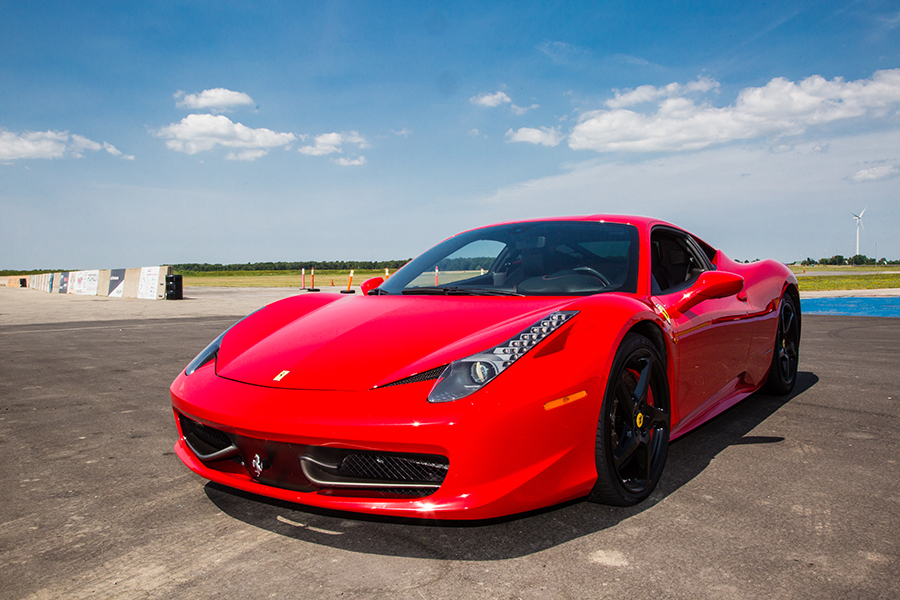 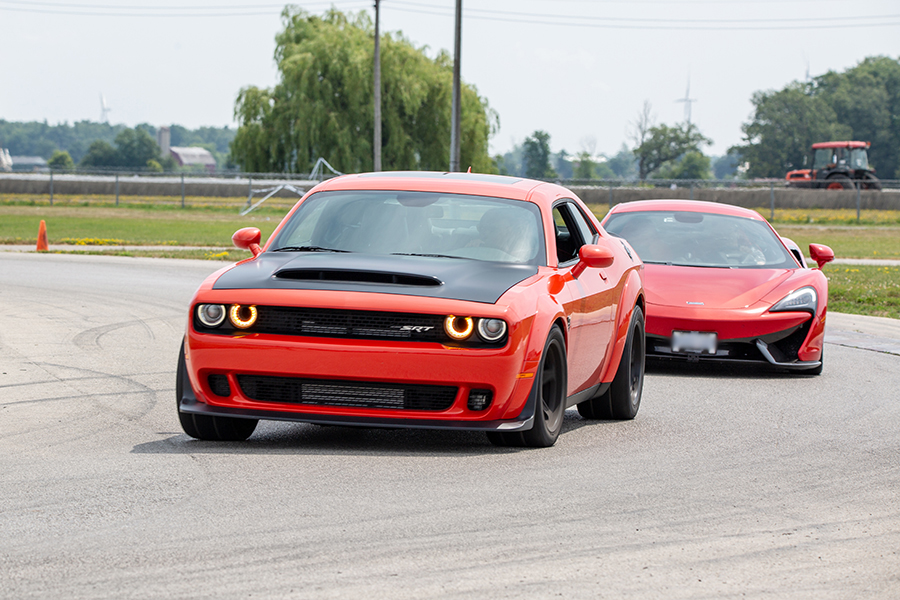 I returned to the track again in September to photograph the Porsche Track Experience at the Canadian Tire Motorosport Park at Mosport. 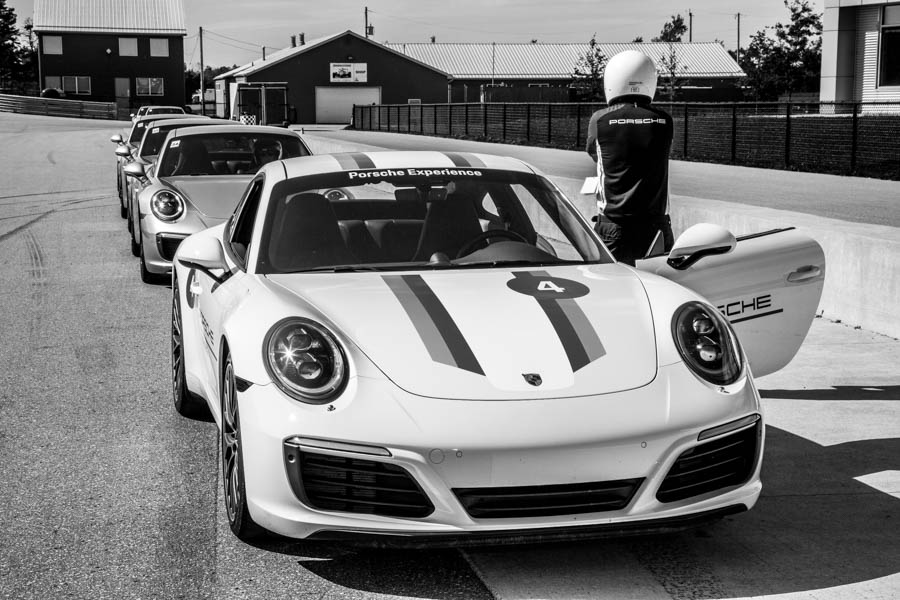 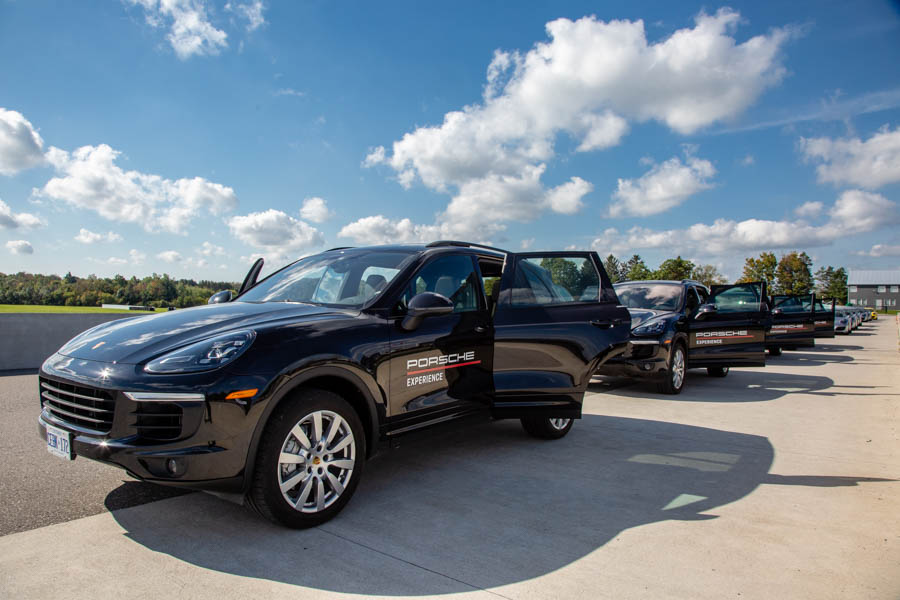 My crane coverage continued as I followed up with my friend George Petrantonakis the crane operator, who allows me to capture these great images of our city as it transforms before our eyes. 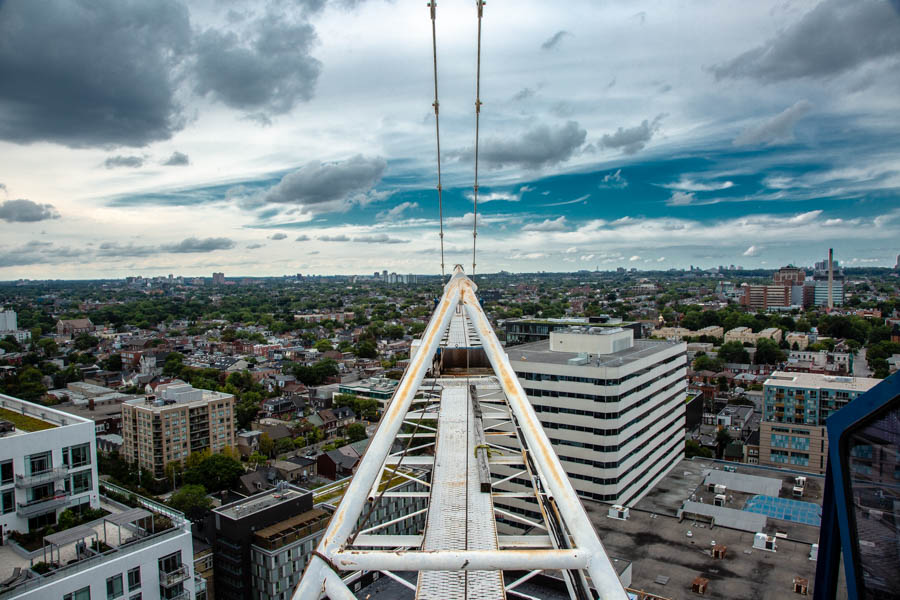 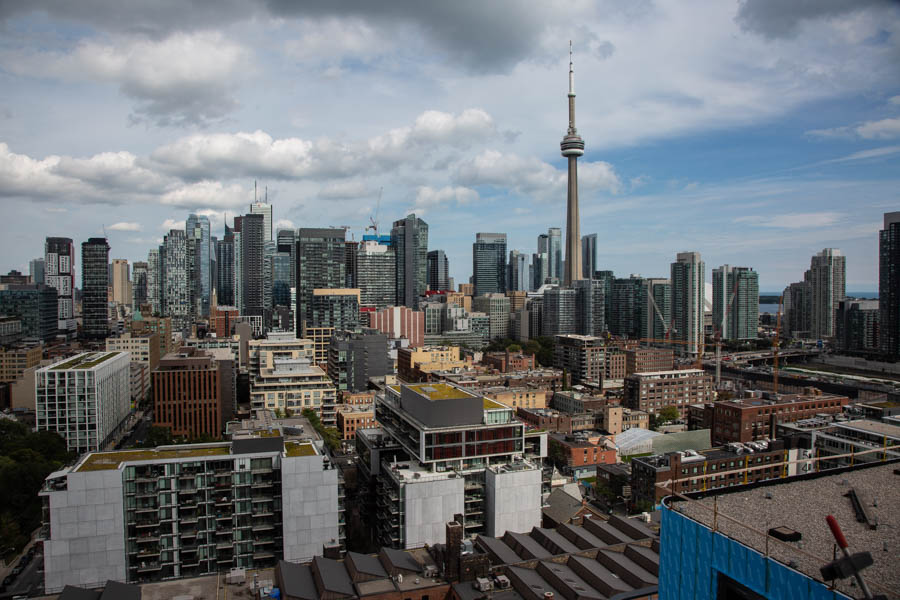 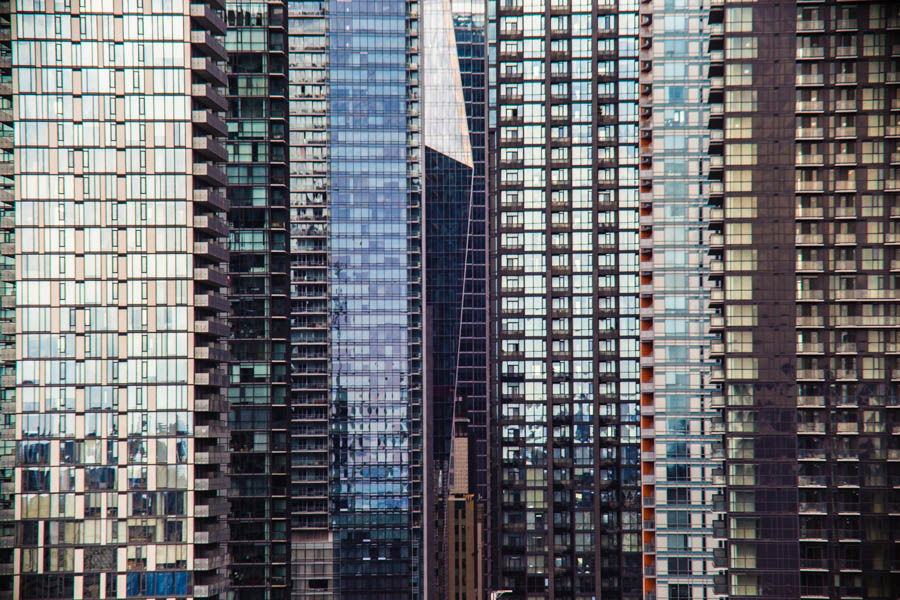 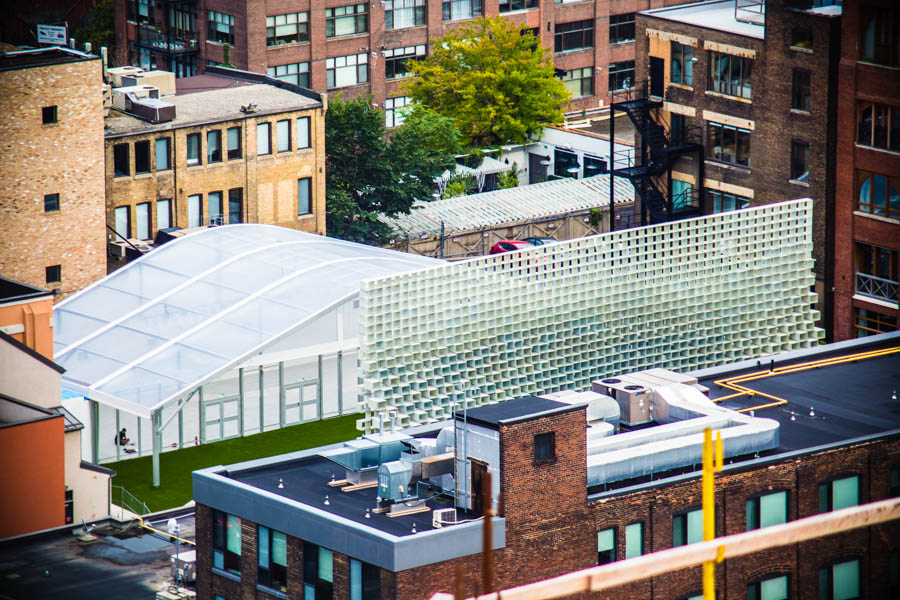 In July I photographed this business portrait for the Smith School of Business at Queens University. 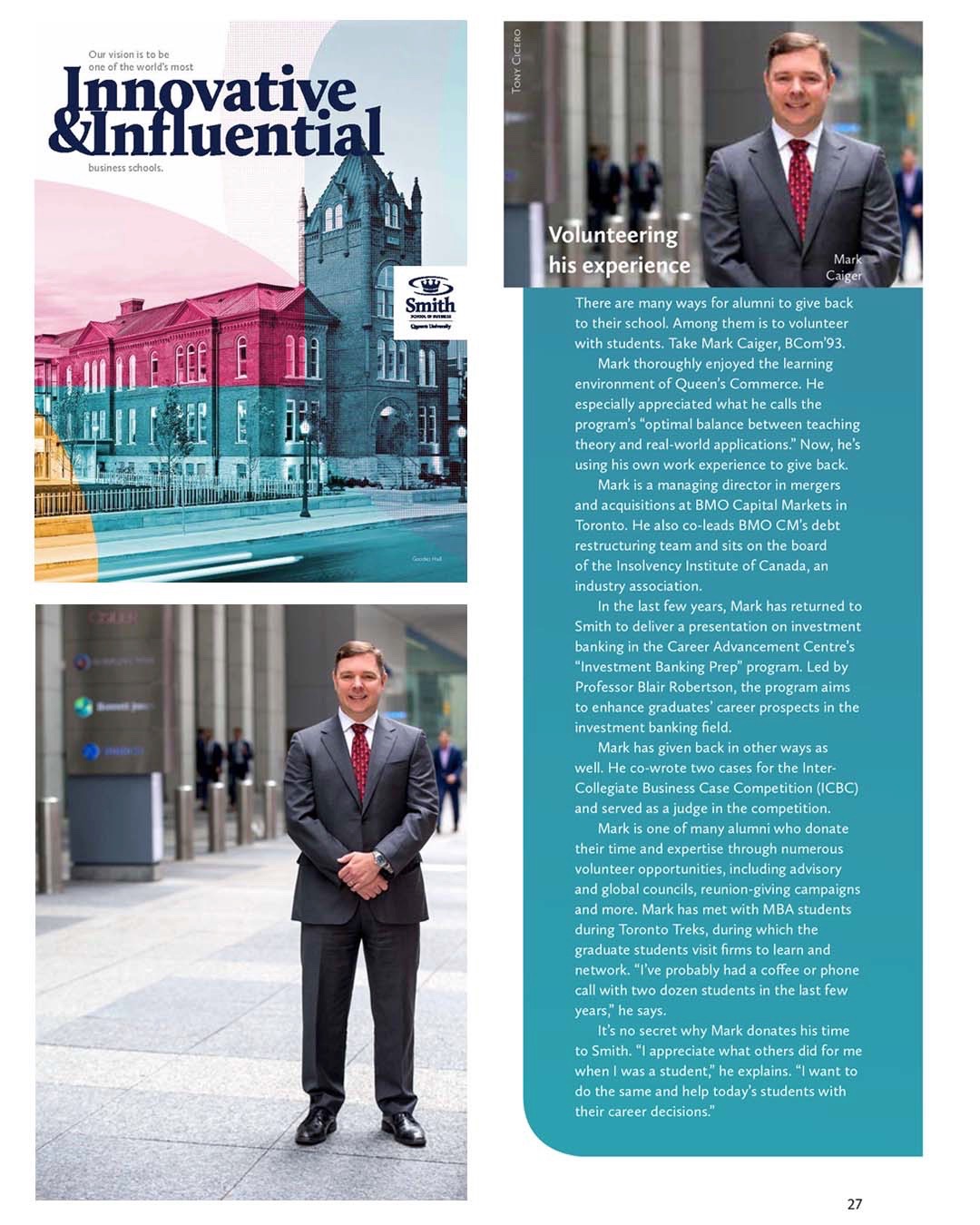 I had the pleasure to photograph actress Monica Bellucci who was in town for the TIFF premiere of her new film Nekrotronic, at the Toronto restaurant Bacchanal. 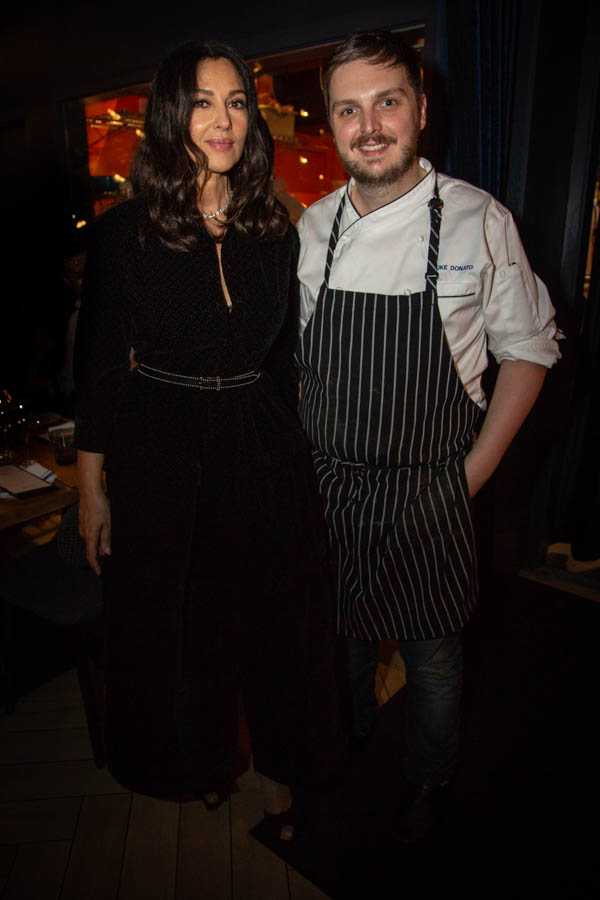 There was a surprise visitor at this year’s Roncesvalles Polish Festival, Prime Minister of Canada Justin Trudeau. 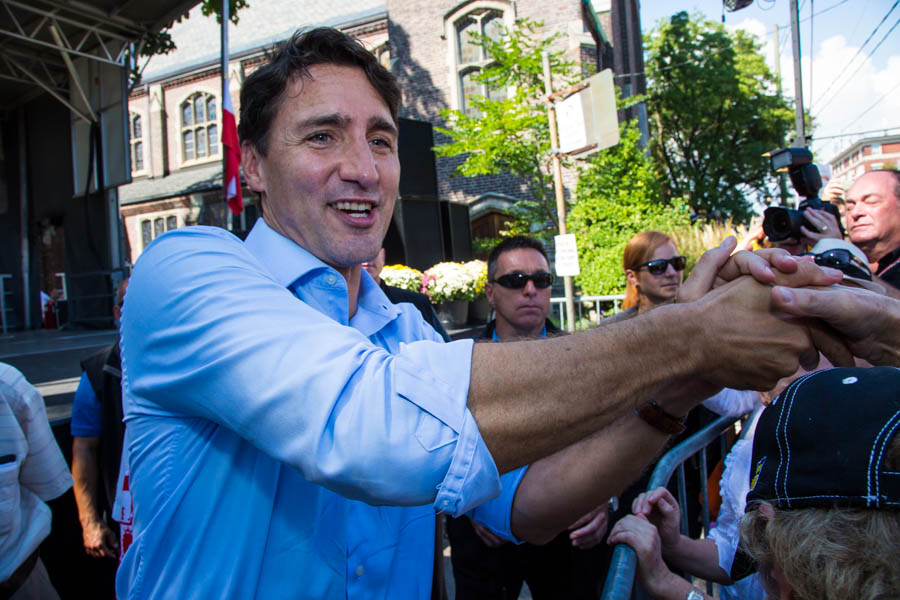 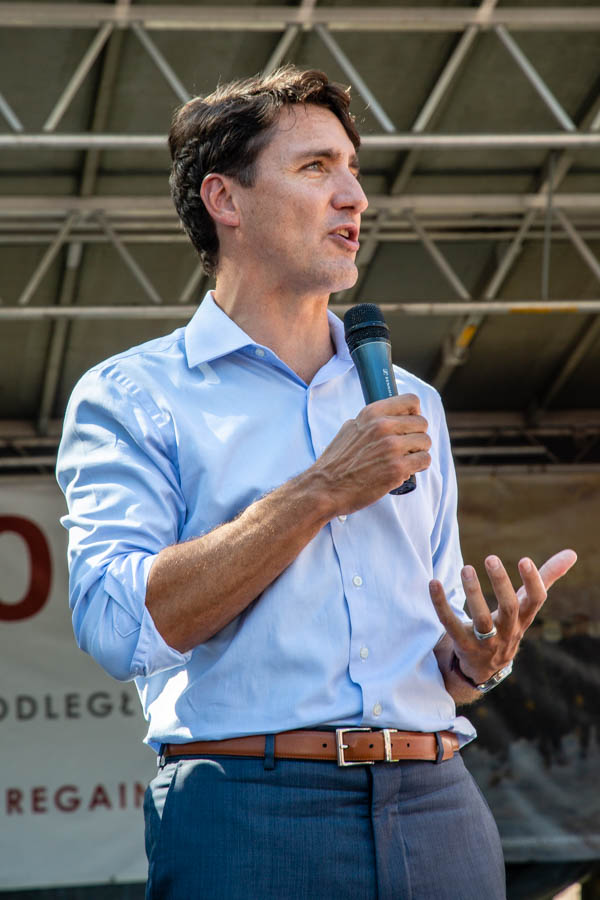 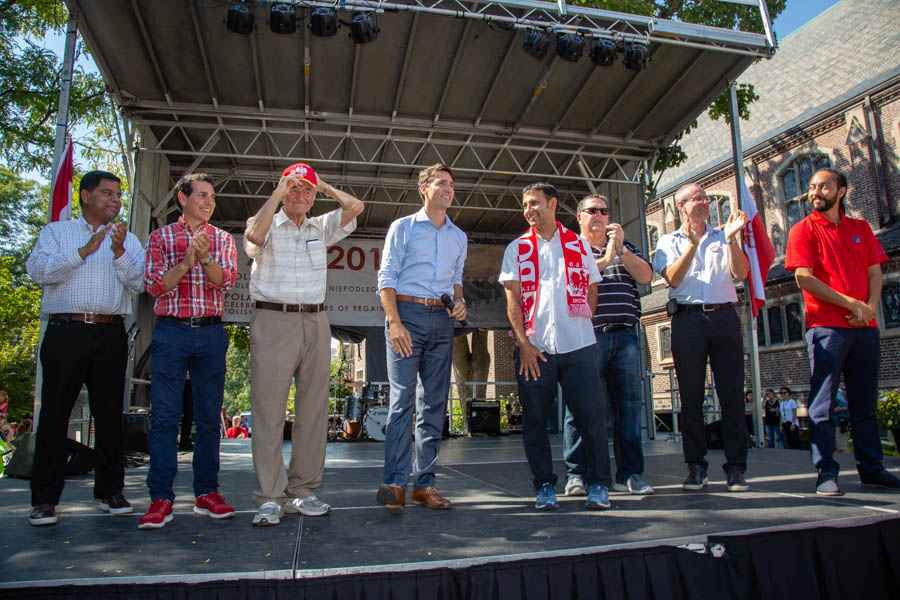 I managed to get some more friends in front of my lens to capture some portraits. 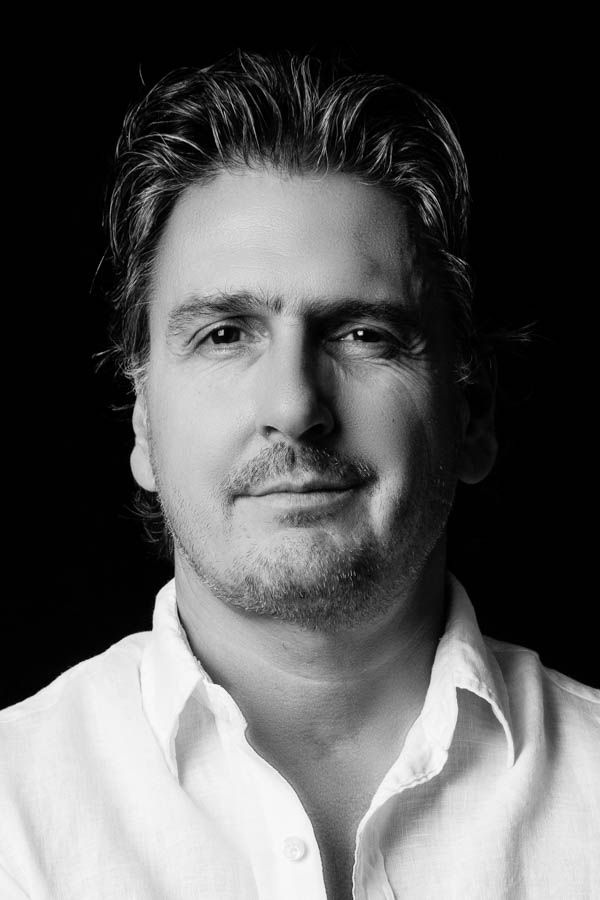 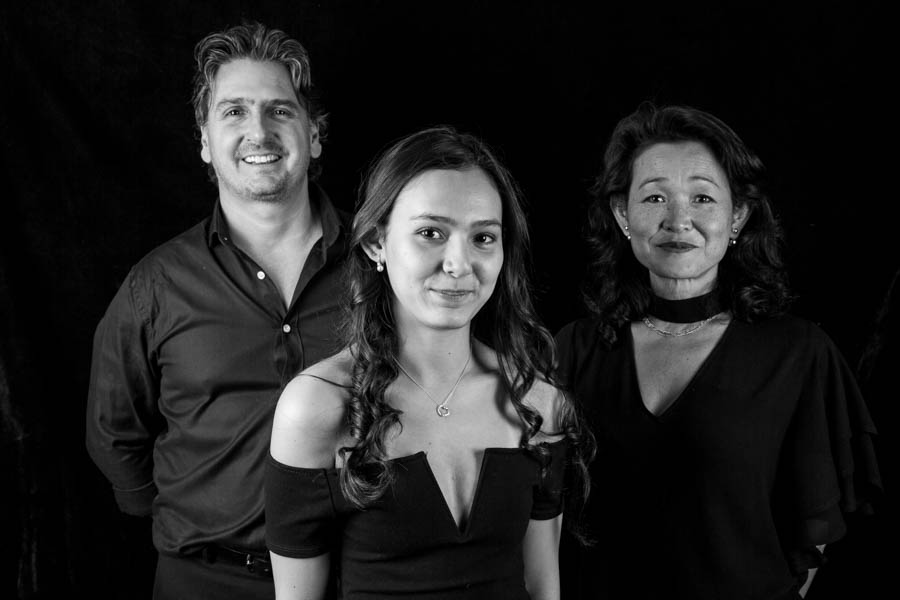 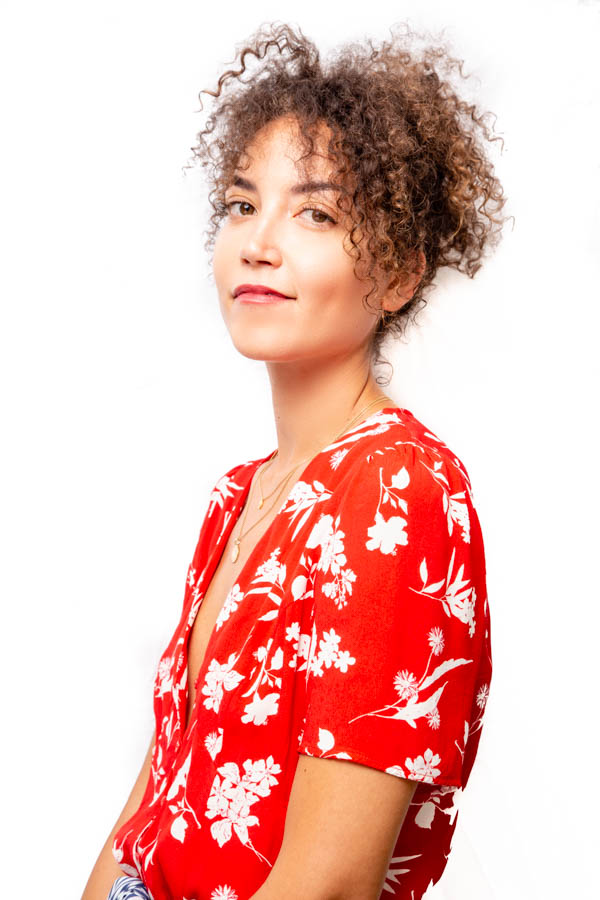 October is Breast Cancer Awareness Month, in order to increase awareness of the disease and to raise funds for research into its cause. I donate my time every year photographing the Booby Ball put on by Rethink Breast Cancer. Every year is a new fun-filled theme and this year’s was the Wild West. 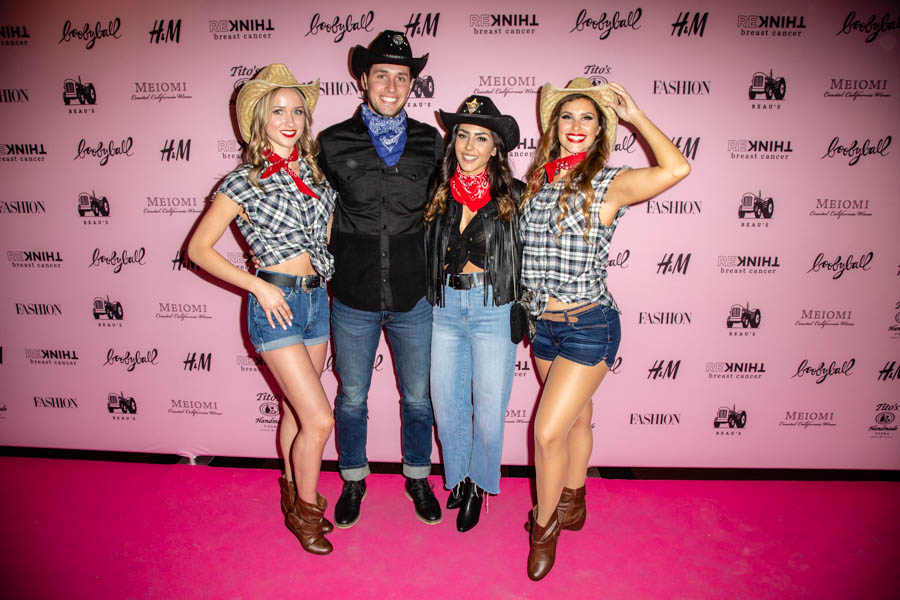 Keeping on the topic of updates, I had a chance to try out the latest technology update in digital photography, mirroless cameras. The new Canon EOS-R camera is the first mirrorless camera released by Canon. It shoots silently since there is no mirror on the shutter, which makes me miss that ever familiar click sound so familiar in photography. Needless to say the image quality has improved. 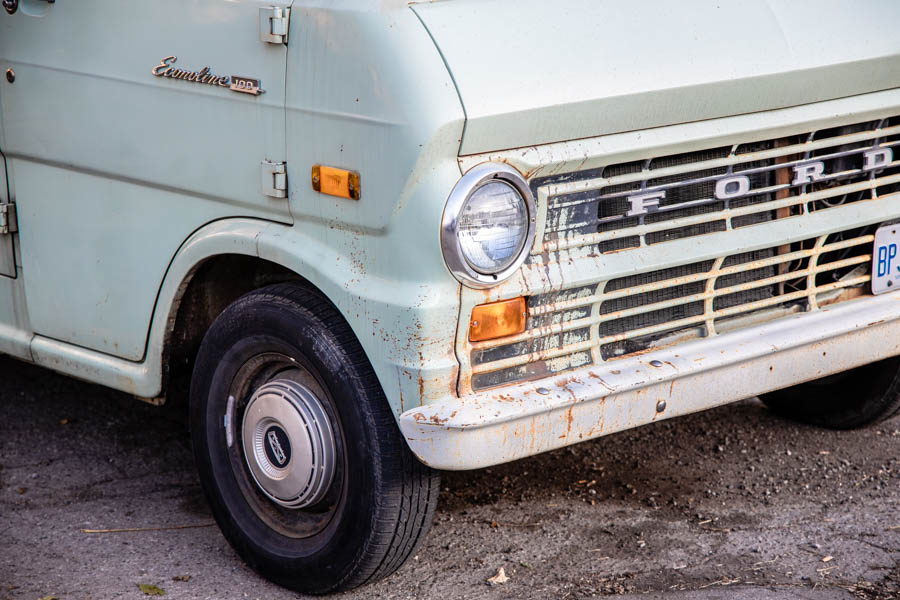